Popular
Sonya Blaze: How She Got Her First $10,000...
Investment Property for Dummies
How Mental Health Is Important for Happiness
Best Blogging Gadgets for the Self-Hosted Blogger
How to Find a Good Mobile Home
Finance Services for Small Businesses – What Is...
What Are the Best Schools for Secondary Education?
How to Test Internet Speed on Different Devices
University of Madras Distance Education (UMDE) Reviews
Rare Beauty Blush Swatch – Which Ones Do...
Home — Internet News Upgrading? Here’s What You Can Do With an Old Mobile Device.
— Internet News 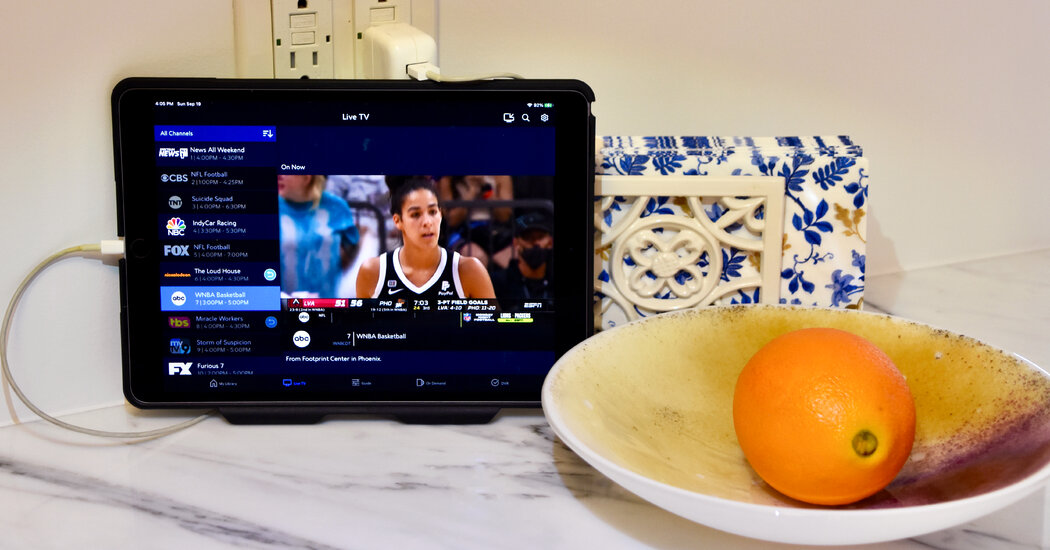 Upgrading your smartphone or tablet will leave you with a decision: What to do with your old device?

Trading in, donating, or recycling retired gear are popular options, such as passing on a serviceable phone to a family member sharing your wireless-carrier account. But you have countless other ways to get more productive use from outdated hardware without putting a lot of money into it.

Contents Summary show
Here are just a few ideas to get more use out of your demoted device.
Make a Media Machine
Control Your World
Get Your Game On

Here are just a few ideas to get more use out of your demoted device.

Need an extra television in the kitchen or home office? If you subscribe to a TV provider or streaming service, your old phone or tablet can step up. Just download your TV provider’s app (like Spectrum cable or Verizon Fios) or your separate service (Amazon Prime Video, Disney+, Fubo. tv, Netflix, or whatever) and log into your account. Prop up the device near an outlet, so it can run on electrical power while you watch since chances are good that the old machine has a worn-out battery.

Likewise, parking your old phone in a speaker cradle that also charges gives you a bookshelf sound system for music and podcasts. Or you can keep the phone connected to its charger and stream music to a nearby wireless Bluetooth speaker. Powered speaker docks can be found online starting at around $40, and a wide variety is available. Wirecutter, the product-testing and review site owned by The New York Times, has suggestions for Bluetooth speakers, general audio gear, and those shopping on a budget.

Smart home appliances, music libraries, internet-connected televisions — so many things can be controlled by apps these days, so why not convert your old phone or tablet into an all-purpose universal remote? Third-party remote apps abound, but many tech companies (Amazon, Apple, Google, LG Electronics, Roku, and Samsung, to name a few) have their own programs. Just take a stroll through your app store for software that matches up with your hardware.

And even if you haven’t lost the tiny stick remote that came with your set-top streamer yet, the onscreen keyboard included with most apps makes it easier to type in passwords. (Apple, which used to have a stand-alone Remote app, folded the Apple TV remote software into the operating system in iOS 12 but still has an iTunes Remote app for iPhone/iPad users to control their iTunes music collections. Stored on Macs and PCs.)

Get Your Game On

Depending on the processor and battery state, dedicating your old device to the pursuit of gaming is another way to give it extra life. Wiping off all the old data to start afresh gives you more room to download and store new games.

Google’s Stadia gaming platform runs on a wide variety of phones, including older models like the Google Pixel 2 and Samsung’s Galaxy S8.Credit…Google

Playing old games on old phones may have a nostalgic appeal, and you can find many classics converted for mobile play in the app stores. And you’re not limited to stand-alone games. Subscription services like Apple Arcade and Google’s Stadia can run on many mobile devices, and you can beam your games (and another video) to the big screen if you’re using the Google Chromecast game mode or the AirPlay technology that Apple devices use to share the screen on Apple TV.

If tapping a touch screen has never been your idea of serious gaming, consider snapping your old phone into a unique controller that brings physical buttons, the standard D-Pad, and thumbsticks to the gaming experience. The Razer Kishi ($80 to $100) or Backbone One ($100) options.