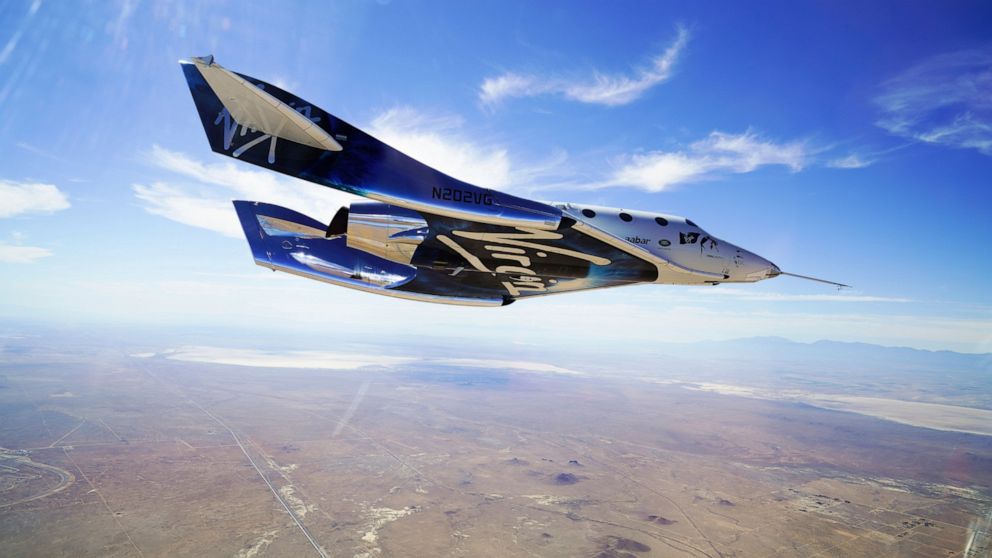 TRUTH OR CONSEQUENCES, N.M. — After a lifetime of learning to fly in space, Virgin Galactic’s Richard Branson was poised to blast off aboard his own rocket ship Sunday in his boldest, grandest adventure yet. The thrill-seeking billionaire joined five company employees also assigned to the test flight to the edge of space high above the southern desert of New Mexico. Ever the showman, Branson dramatically counted down the days to liftoff via Twitter. He viewed the brief up-and-down trip as a confidence builder — not only for the 600-plus people already holding reservations and waiting in the wings but potential space tourists willing to plunk down a few hundred thousand dollars for a space shot.

The London-born founder of the Virgin Group, who turns 71 in a week, wasn’t supposed to fly until later this summer. But he assigned himself to an earlier flight after Blue Origin’s Jeff Bezos announced plans to ride his own rocket into space from West Texas on July 20. Virgin Galactic doesn’t expect to start flying customers before next year. Blue Origin has yet to open ticket sales or even announce prices, but late last week boasted via Twitter that it would take

clients higher and offer more enormous windows. Unlike Blue Origin and Elon Musk’s SpaceX, which launch capsules atop reusable booster rockets, Virgin Galactic uses a twin-fuselage aircraft to get its rocket ship aloft. The space plane is released from the mothership about 44,000 feet (13,400 meters), then fires its rocket motor to streak straight to space. Maximum altitude is roughly 55 miles (70 kilometers), with three to four minutes of weightlessness provided.

The rocket plane — which requires two pilots — glides to a runway landing at its Spaceport America base.

Virgin Galactic reached space for the first time in 2018, repeating the feat in 2019 and again this past May, each time with a minimal crew. It received permission from the Federal Aviation Administration last month to start launching customers.