Popular
Sonya Blaze: How She Got Her First $10,000...
Investment Property for Dummies
How Mental Health Is Important for Happiness
Best Blogging Gadgets for the Self-Hosted Blogger
How to Find a Good Mobile Home
Finance Services for Small Businesses – What Is...
What Are the Best Schools for Secondary Education?
How to Test Internet Speed on Different Devices
University of Madras Distance Education (UMDE) Reviews
Rare Beauty Blush Swatch – Which Ones Do...
Home Internet Volcano erupts on Atlantic island; lava threatens some homes
Internet 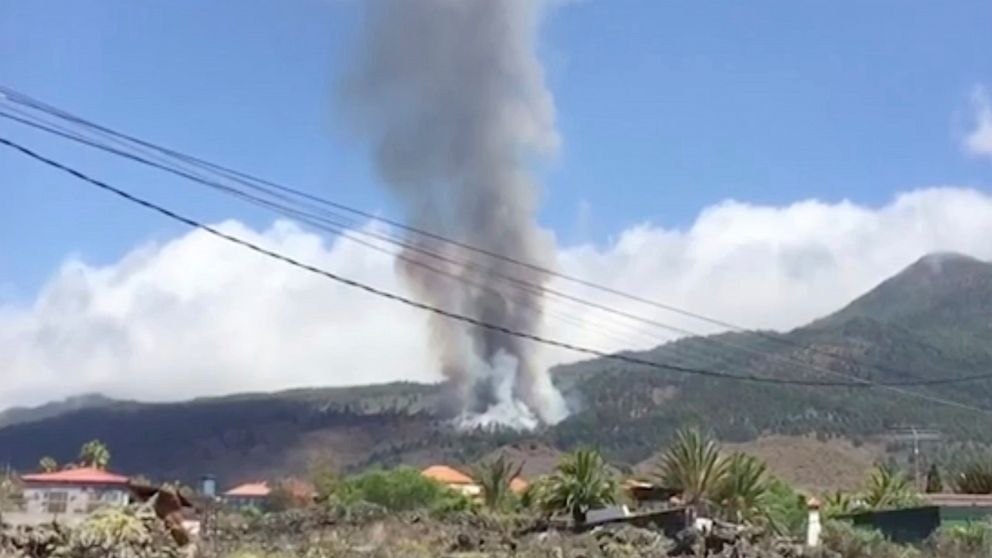 LOS LLANOS DE ARIDANE, Spain — A volcano on Spain’s Atlantic Ocean island of La Palma erupted Sunday after a weeklong buildup of seismic activity, prompting authorities to speed up evacuations for 1,000 people as lava flows crept toward isolated mountain homes. The Canary Islands Volcanology Institute reported the eruption near the island’s southern end, which saw its last explosion in 1971. Huge red plumes topped with black-and-white smoke shot out along the Cumbre Vieja volcanic ridge, which scientists had been closely watching following the accumulation of molten lava below the surface and days of small earthquakes.

With a population of 85,000, La Palma is one of eight islands in Spain’s Canary Islands archipelago off Africa’s western coast. At their nearest point, they are 100 kilometers (60 miles) from Morocco. A 4.2-magnitude quake was recorded before the volcanic eruption, which took place in an area known as Cabeza de Vaca on the western slope as the ridge descends to the coast. Tinges of red could be seen at the bottom of the black jets that shot rocks into the air.

One black lava flow with a burning tip was sliding toward houses in the village of El Paso. Mayor Sergio Rodríguez said 300 people in immediate danger had been evacuated and sent to the El Paso soccer field. Roads were closed due to the explosion, and authorities urged the curious not to approach the area.

Mariano Hernández, president of La Palma island, said there were no immediate reports of deaths or injuries but that the lava flows made him concerned “about the populated areas on the coast.” He said there were five eruption points, of which two were spewing magma. People should not come near the eruption site where the lava is flowing,” Hernández said. “We are having severe problems with the evacuation because the roads are jammed with people who are trying to get close

Enough to see it. Itahiza Dominguez, head of seismology of Spain’s National Geology Institute, told Canary Islands Television that although it was too early to say how long this eruption would last, prior “eruptions on the Canary Islands lasted weeks or even months. The last eruption on La Palma 50 years ago lasted just over three weeks. The previous explosion on all the Canary Islands occurred underwater off the coast of El Hierro island in 2011. It lasted five months.