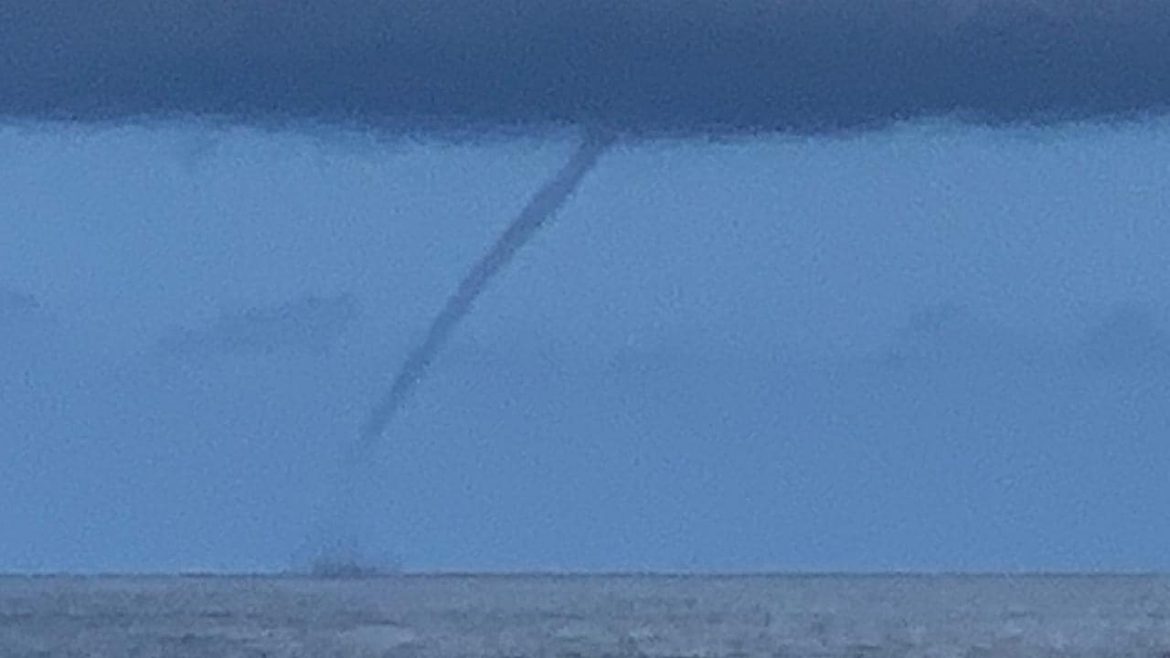 A Sydney woman could hardly believe her eyes when she spotted a spinning column moving across the sea. Kasia Kapusta, 43, spotted the so-called waterspout off the coast at Maroubra Beach on Tuesday morning. It looked incredible,” she said.

I’ve been living in Maroubra for five years, and I’ve never seen anything like it.

Waterspouts are a form of wind vortexes that form over water, scooping up the liquid and dragging it towards the sky.

The one Ms. Kapusta saw formed around 10.40am as dark, and heavy rain clouds rolled towards the beach.

It’s a bit like a straw sucking up the water,” a Bureau of Meteorology spokesman explained.

He said one of his colleagues had spotted the same waterspout from nearby Coogee Beach and sent pictures to the Bureau. Waterspouts aren’t uncommon and work similarly to “dust devils” or “willy-Willys” – spinning sand columns seen in inland Australia.

Both kinds are less intense and much less dangerous than tornadoes.

You get increased wind speed, so that could cause some concern. Still, generally, they’re not too dangerous,” the BOM spokesman said. Ms. Kapusta said she wished she could have seen from a closer distance. It looked so picturesque and magical, like a miracle,” she said.

how conversational insights take the guesswork out of marketing