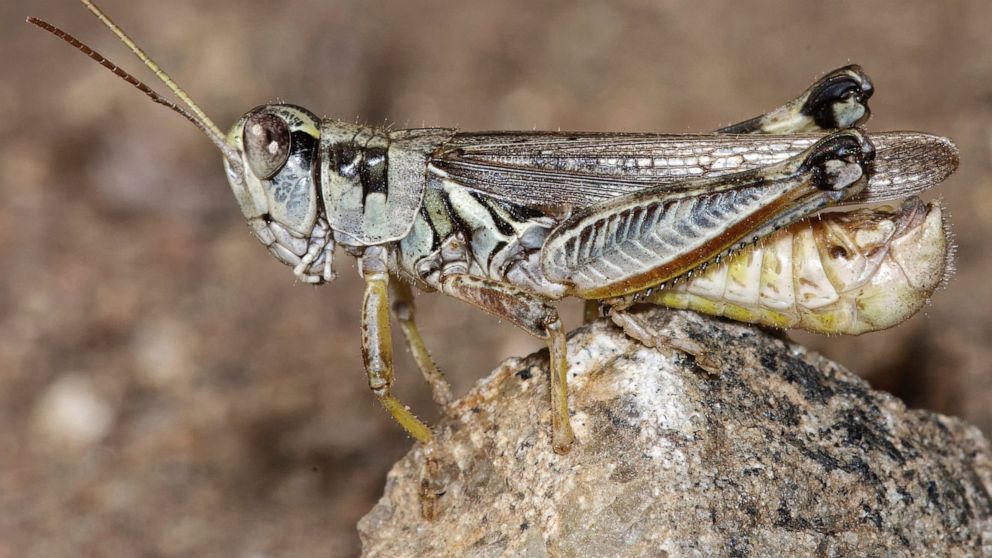 BILLINGS, Mont. — A punishing drought in the U.S. West is drying up waterways, sparking wildfires, and leaving farmers scrambling for water. Next up: a plague of voracious grasshoppers.

Federal agriculture officials are launching what could become their most extensive grasshopper-killing campaign since the 1980s amid an outbreak of the drought-loving insects that cattle ranchers fear will strip bare public and private rangelands.

In central Montana’s Phillips County, more than 50 miles (80 kilometers) from the nearest town, Frank Wiederrick said large numbers of grasshoppers started showing up on prairie surrounding his ranch in recent days. Already they’re beginning to denude trees around his house.

They’re everywhere,” Wiederrick said. “Drought and grasshoppers go together, and they are cleaning us out.

Grasshoppers thrive in warm, dry weather, and populations already were up last year, setting the stage for an even more significant outbreak in 2021. Such attacks could become more common as climate change shifts rainfall patterns, scientists said.

To blunt the grasshoppers’ economic damage, the U.S. Department of Agriculture this week began aerial spraying of the pesticide diflubenzuron to kill grasshopper nymphs before they develop into adults. Approximately 3,000 square miles (7,700 square kilometers) in Montana are expected to be sprayed, roughly twice the size of Rhode Island.

Agriculture officials had seen this year’s infestation coming after a 2020 survey found dense concentrations of adult grasshoppers across about 55,000 square miles (141,000 square kilometers) in the West. A 2021 grasshopper “hazard map” shows densities of at least 15 insects per square yard (meter) in large areas of Montana, Wyoming, and Oregon and portions of Idaho, Arizona, Colorado, and Nebraska. Left unaddressed, federal officials said the agricultural damage from grasshoppers could become so severe it could drive up beef and crop prices.

The program’s scale has alarmed environmentalists who say widespread spraying will kill numerous insects, including spiders and other grasshopper predators, as well as struggling species such as monarch butterflies. They’re also concerned the pesticides could ruin organic farms adjacent to spray zones.

Turn Tech to Your Advantage in the New Hybrid Workplace