Popular
Sonya Blaze: How She Got Her First $10,000...
Investment Property for Dummies
How Mental Health Is Important for Happiness
Best Blogging Gadgets for the Self-Hosted Blogger
How to Find a Good Mobile Home
Finance Services for Small Businesses – What Is...
What Are the Best Schools for Secondary Education?
How to Test Internet Speed on Different Devices
University of Madras Distance Education (UMDE) Reviews
Rare Beauty Blush Swatch – Which Ones Do...
Home — — Apps WhatsApp Emoji Reactions Spotted, Chat Bubble Redesign Seen on iOS Too
— — Apps 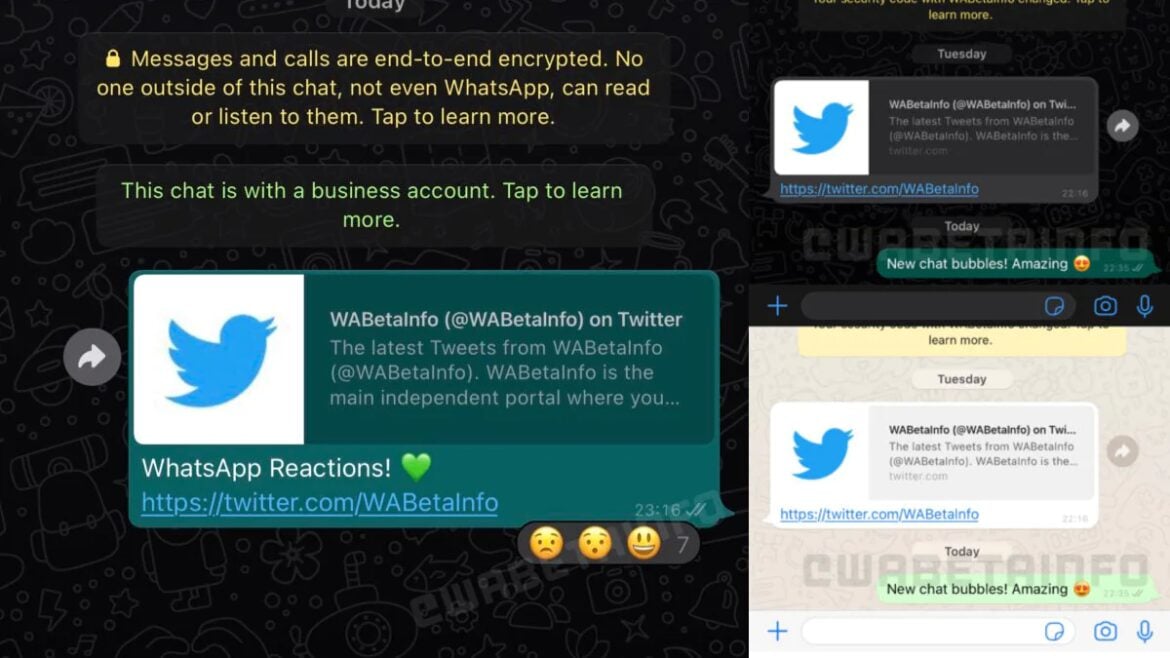 WhatsApp is reported to be working on message reactions, and a new screenshot shows how this may work when it launches. Message reactions or emoji reactions, as they are also known, will allow users to react to a specific text in a conversation with an emoji. The screenshot suggests that users will be able to use any emoji for reactions. The instant messaging app is also reportedly working on the new chat bubble redesign for iOS users, a UI change that has already been introduced for Android beta users. Additionally, it is also looking to expand the new archive interface for multi-device function users.

Beginning with reactions, WhatsApp features tracker WABetaInfo has shared a screenshot of how these reactions may look like when they roll out. Responses will show up below the chat bubble in a small dialogue. They won’t be anonymous, so everyone in the conversation will see who reacted to a specific message. The screenshot shows that it will be possible to respond using any emoji a user wants. This emoji reactions screenshot was taken from WhatsApp for iOS, but the tracker says that it is also under development for Android users. This feature is still under development; therefore, users, even on the latest beta builds, will not be able to spot it yet.

The features tracker says that WhatsApp is also reported to be working on a new chat bubbles design for iOS users. It was implemented for Android beta users with WhatsApp beta for Android 2.21.13.2, and now it is reported to be under development for iOS users. It has not yet been enabled for iOS beta testers, though. The new redesign brings a more rounded chat bubble and a fresh green color.