Popular
Sonya Blaze: How She Got Her First $10,000...
Investment Property for Dummies
How Mental Health Is Important for Happiness
Best Blogging Gadgets for the Self-Hosted Blogger
How to Find a Good Mobile Home
Finance Services for Small Businesses – What Is...
What Are the Best Schools for Secondary Education?
How to Test Internet Speed on Different Devices
University of Madras Distance Education (UMDE) Reviews
Rare Beauty Blush Swatch – Which Ones Do...
Home Internet Winds drive nation’s largest wildfire toward California city
Internet 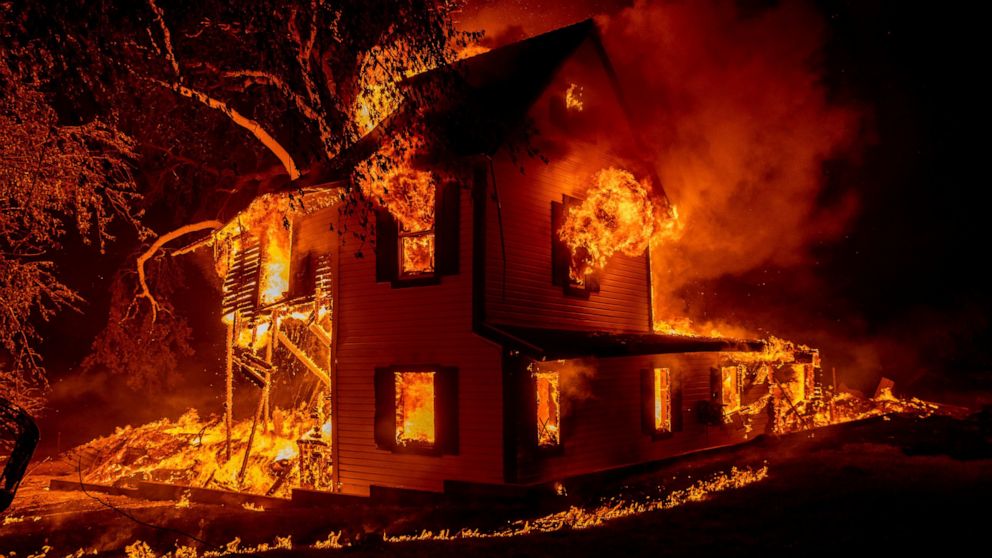 SUSANVILLE, Calif. — Firefighters faced more dangerously windy weather Tuesday as they struggled to keep the nation’s largest wildfire from moving toward a Northern California county seat and other small mountain communities. Forecasters issued red flag warnings of critical fire weather conditions, including gusts up to 40 mph (64 kph) from late morning to near midnight. Winds spawned by a new weather system arrived Monday afternoon and pushed the Dixie Fire within a few miles of Susanville, population about 18,000, and prompted evacuation orders for the small nearby mountain community of Janesville, fire officials said.

Susanville is the seat of Lassen County and the largest city that the Dixie Fire, named for the road where it started, has approached since it broke out last month. The former Sierra Nevada logging and mining town has two state prisons, a nearby federal lockup, and a casino. Ash fell from the advancing fire, and a Police Department statement urged residents “to be alert and be ready to evacuate” if the fire threatened the city. However, no formal evacuation warning had been issued.

Bulldozers had cut fire lines in the path of the northward-trending blaze.

“We really had our fire lines challenged,” Janssen said. “This is a massive fire. It’s tough to button up the perimeters.”

The weather forecast prompted Pacific Gas & Electric to warn that it might cut off power to 48,000 customers in portions of 18 California counties from Tuesday evening through Wednesday afternoon to prevent winds from knocking down or hurling debris into power lines and sparking new wildfires. Most of those customers are in Butte and Shasta counties, which have seen several deadly and devastating wildfires in recent years, including the Dixie Fire.

The Dixie Fire has scorched more than 900 square miles (2,331 square kilometers) in the northern Sierra Nevada and the southern Cascades since it ignited on July 13 and eventually merged with a smaller blaze called the Fly Fire. It’s less than a third contained.. Investigations continue, but PG&E has notified utility regulators that the Dixie and Fly fires may have been caused by trees falling into its power lines. The Dixie Fire began near the town of Paradise, which was devastated by a 2018 wildfire ignited by PG&E equipment during strong winds. Eighty-five people died.